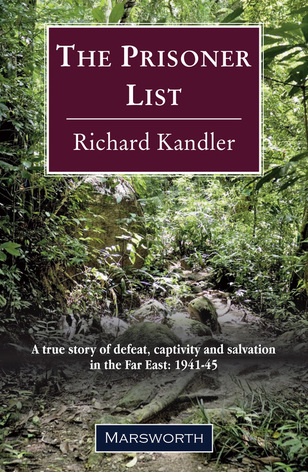 is a compelling account of the experiences of a prisoner of the Japanese in WWII – from the humiliating defeat at Singapore, to forced labour on the Saigon docks and the horrors of life on the infamous Burma Railway.

It also tells of the astonishing twist of fate that saved all the prisoners from annihilation at the end of the war.
The book's title refers to a handwritten list of names compiled under the most dangerous of conditions during WWII. 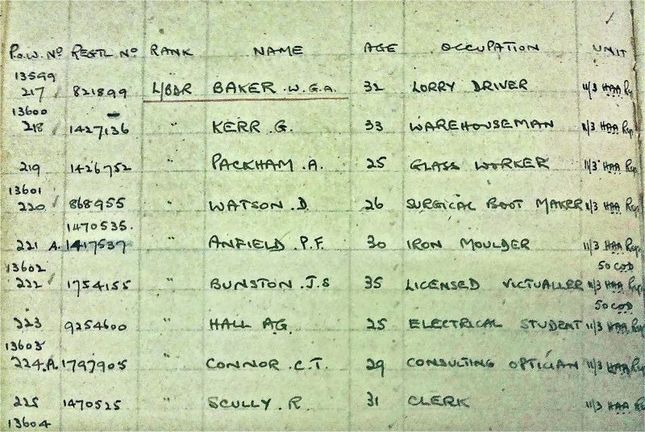 A left-hand page from the original 'prisoner list' –
but the true horrors were on the right-hand pages (scroll down) ...
The list was kept by the author's father in a succession of Japanese POW camps and became one of a number of forbidden items that he kept hidden from his captors at risk of torture and execution.
It was a list of the first thousand Allied prisoners to have been shipped into slavery following the fall of Singapore – not just their names, but what had happened to them since. 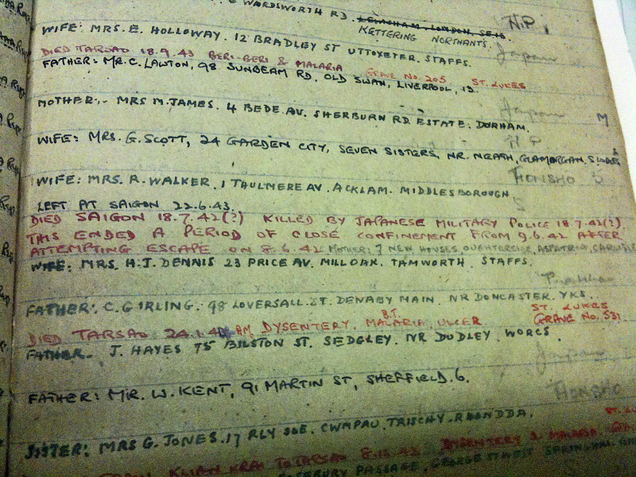 A right-hand page. Red ink means death.
The central red entry records an execution at Saigon, after a failed escape attempt.
He was concealing other items too – including a stolen newsreel and a secret cash box containing illicitly obtained local currency used for the benefit of the sick prisoners.

As security tightened and the camp searches intensified, he went to increasingly extreme lengths to hide these from the prison guards and from the dreaded Japanese military police – with the net closing in all the time.

The Japanese surrender on 15 August 1945 arrived not a moment too soon – and not just for him.

All the POWs – tens of thousands of them – had been scheduled for total annihilation later that month.